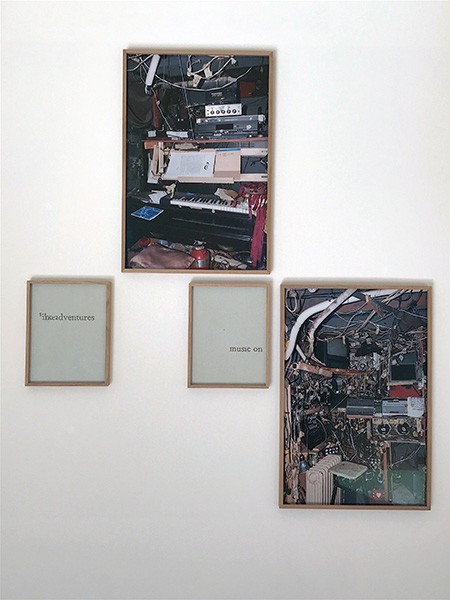 Amato Opera House
„The smallest opera house in the world“, founded by Anthony and Sally Amato in 1948, making it possible for professional singers as well as amateurs to be part of an opera production.
Closure announced on January 19, 2009, closed down on May 31 the same year.
Sold for $3.7 Million
Perspective: commercial and residential building, with a penthouse addition above the fourth floor.

The photographs show the space under the stage. They have been taken with a flashlight, shooting into the pitch-dark room, unintentionally bringing Anthony Amatos letter to light, in which he announces the upcoming closure of the Amato Opera House 2009 after 61 years. Anthony Amato died in December 2011.
The photographs were taken in January 2009.

Mars Bar
Founded by Hank Penza in the 1970ies.
Demolition started late November 2011, making space for a 12-story apartment building, called Jupiter 21 ( as Jupiter follows Mars). Besides the rents for the old tenants the rents on the building's market-rate apartments, including some with twin terraces, range from $3,000 to $10,000 a month. (see: The Wall Street Journal, 29.4.2013)
The city had offered to sell the building to the tenants for $650,000 as they wanted to buy it themselves, to renovate or replace it. But then the city created the special zoning rules that allow for bigger buildings if they include affordable housing. A developer bought the air rights to the place next door, made a deal with the old - time tenants, giving them apartments in the new building for 10 $ a month and realized Jupiter 21.
The photographs were taken in April 2011.

Jeff's House
Jeffrey Lohn inherited the 3 story brickstone building with a garden in the back. He lived with his wife and little daughter on the ground floor and in the basement and sublet the upper floors to be able to pay the monthly mortgage and to renovate the house on his own step by step. He gave up in 2013 and sold the house.
The photographs show the private rooms (with permission of the former owners) as well as parts of the upper floors and were taken over several years between 2008 and 2013.