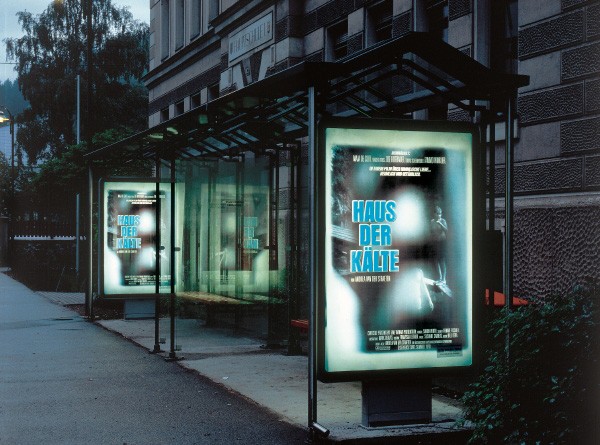 22 contributions to the regional newspaper Bote von der Ybbs,
each 31,5 x 46 cm, in the possession of the artist.

From May to October of 1998, in the small Austrian town of Waidhofen, posters and newspapers announced the start of the on-location shooting of a feature film with the title Haus der Kälte [House of Cold]. The regional weekly, Bote von der Ybbs, published regular reports and interviews about the progress of the production, excerpts from the script, sketches and photos of the sets and reviews of the completed film. Haus der Kälte was, and is, a fictitious film created with the intention of defining public space as a media space formed by information and communication, one which is much larger than its architectural givens. The Book of the Film was a documentation and, at the same time, a continuation of the project on a supra-regional level.